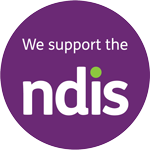 How much is your hearing loss really costing you? The consequences of hearing loss can be frustrating: missing conversations, not being able to hear your favourite music or not being able to eat at a noisy restaurant. But have you ever wondered what it’s costing Australians in dollars and cents? You may be surprised…

Over ten years later, Deloitte Access Economics was commissioned by the Hearing Care Industry Association (HCIA) to refresh this report to give a snapshot on what hearing loss currently looks like in Australia. The report is called The Social and Economic Cost of Hearing Loss in Australia and could be found here.

The purpose of the report is to determine the total monetary cost of hearing loss in Australia to help inform policy change. This report refers not only to the direct financial cost, but also puts a dollar amount on things such as lost productivity, unemployment, unpaid care for people with hearing loss, losses in tax revenue etc.

The report puts the cost of hearing loss in Australia in 2017 at $33.3 billion. That’s enough to build 16 new hospitals, 6 new airports or buy 6.6 billion meat pies (without sauce). No matter which way you look at it, Australia has a huge cost associated with hearing loss.

The report highlights the fact that almost half of hearing loss is avoidable. Excess noise in the workplace, untreated childhood illnesses and listening to music devices at unsafe volumes are just three ways in which we are making our hearing worse.

By helping people to understand how hearing loss is caused and encouraging them seek treatment early and regularly, Australians will be better off, not just personally, but as a nation.

Here’s a few other interesting points from the article:

It’s never too early (or too late) to check on your hearing health. If your hearing isn’t what is used to be, chat with your GP or an audiologist today! 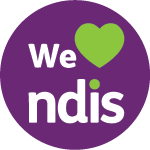